Lifecycle of an idea on webMethods Ideas portal

Lifecycle of an idea on webMethods Ideas portal

webMethods Ideas Portal is a customer-focused portal that enables us to listen, engage and collaborate with our customers. We value our customers and want to understand how we can enhance the products and user experience. 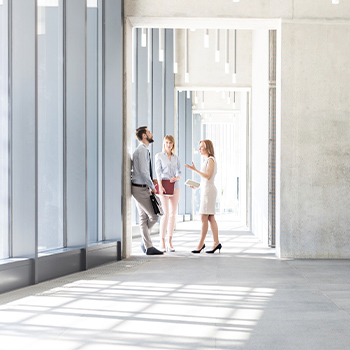 It is exciting to see the ideas being submitted on the webMethods Ideas portal and we appreciate the feedback on our products. As Product Managers evaluate these ideas, please keep in mind they are considering this idea with a certain criteria including technical feasibility, overall product roadmap and strategy, its demand, cost of implementation and its impact on end-user experience.

Once an idea is submitted, it gets assigned to the Product Manager of the product listed in the idea. The idea is in New status at this time. The Product Manager evaluates the idea and may reach out to the customer for further clarification using the comments. If the idea does not fit the criteria listed above, it is moved to the status “Not In Plan”. However, if an idea is planned for the roadmap for that product, it will be moved to “Planned” status. Once the idea is moved to a different status, the idea is made “Visible to all”. This means that other users on the Ideas portal can comment, vote and start watching that idea.

You may find that some ideas are put into the status “Under Consideration” because as much as we like the idea, we can consider these in the near future which could be a year or two.

If an idea is already implemented in the product, it will be marked as “Already Exists” status.

Please see the workflow that an idea submitted on the portal will go through and description of the idea status.

We look forward to your valuable feedback on enhancing webMethods products. 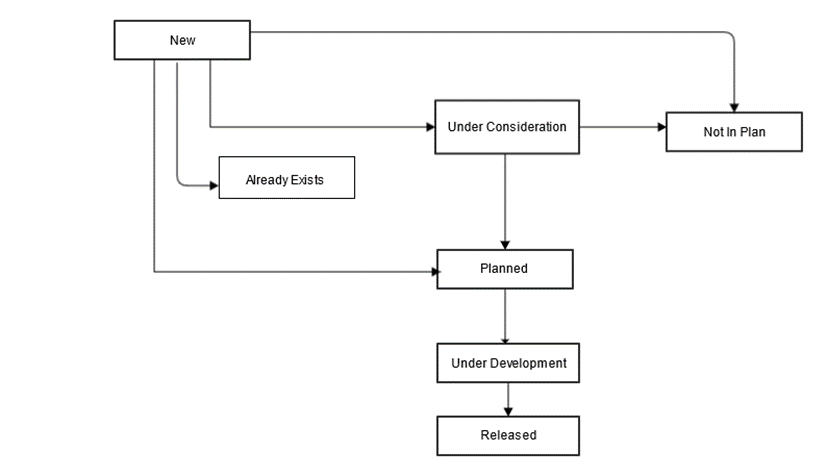 Here is a description of each of the Idea Status Fields.

This is the initial status that is assigned when a new idea is created. Product Manager reviews this new idea and based on certain criteria will make it visible to all on the portal.

An idea will be reviewed by the Product Manager for future inclusion in the backlog. This status indicates the potential of an idea that could make it into the product roadmap and the Product Manager will review it in the next release planning cycle. It is possible that the idea is put in Not In Plan status after review.

An idea that reaches this status has made it to the product roadmap and is being tracked as a feature internally.

The requested idea is a feature in iTrac and being implemented by R&D.

The requested feature/idea is now available in a released version of the respective product.

If the idea is already implemented in the product, it would be marked in this status.

Status NOT IN PLAN

The requested idea has been considered and is currently not planned for implementation in the upcoming releases.

Can you put time tags on the transitions? I.e. how long does it take for an idea to get e.g. from “new” to “under consideration”? Are there some “SLAs”?