This article should show how the device management of Cumulocity IoT together with thin-edge.io can be used to manage/distribute/update node-red flows from a central platform instance to multiple devices. Hence thin-edge.io can be extended via plugins as well as Cumulocity IoT with micro frontends this can be a guide of how various such use cases can be implemented. You can find the repository in the example section of thin-edge.io. 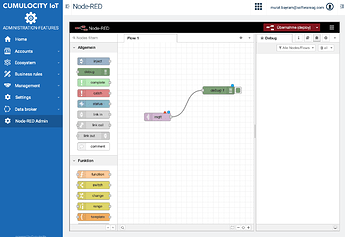 Edge computing in the context of IoT refers to the processing and analysis of data from IoT devices at the edge of the network, rather than in a central cloud or data center. This allows for faster data processing and decision-making, as the data does not need to be transmitted over a network to a centralized location for processing.

One way to implement edge computing in an IoT system is through the use of Node-red, an open-source programming tool. By using Node-red locally, data can be processed and analyzed at the edge of the network, enabling real-time decision-making and reducing the reliance on a central cloud or data center.

Proper device management is essential in an IoT system that utilizes edge computing, as it ensures that the devices are functioning correctly and are able to transmit data to the edge for processing. This can be achieved through the use of tools such as device monitoring software, which alerts users to any issues with their devices and allows them to troubleshoot and fix problems in real-time.

Cumulocity IoT is a leading device management platform that provides a range of tools and services for managing IoT devices. It allows you to monitor your devices in real-time, configure them remotely, and access a wide range of analytics and reporting tools.

With Cumulocity IoT, you can:

thin-edge.io is an open-source project initiated by Software AG and partners to provide a cloud-agnostic edge framework. It is much more generic than the device management agent, so it can connect to multiple IoT Platforms, and it allows flexible logic executed on the device. It is optimized for a very small footprint and high performance.

Node-RED is a visual programming tool that allows you to build and deploy IoT applications quickly and easily. It is particularly useful for edge computing, as it allows devices to process data locally and make real-time decisions. In that context Node-RED can be used to build flows that run on edge devices and process data locally. This can improve the performance and reliability of IoT systems, especially in situations where internet connectivity is limited.

To follow this guide, you only need the following:

This repository consists of several parts that need to be up an running:

There are several ways on how to run node-red locally on the device. However basically only two methods are mentioned here:

Make sure that you have npm installed on your system. npm is typically installed automatically with Node.js, so if you have Node.js installed, you should already have npm.

You can check if npm is installed by running the following command in your terminal:

This will install the latest version of Node-RED and make it available globally on your system.

To start the Node-RED server, run the following command in your terminal:

This will start the Node-RED server. Usually the webserver can be reached via port 1880.

Start the Docker daemon by running the following command:

Once the Docker daemon is running, pull the latest Node-RED image from the Docker registry by running the following command:

Run the Node-RED container by executing the following command:

This will start the Node-RED server in a container. Depending on your mapping (-p) the webserver can be reached via port 1880 or any other you configured.

Refering to the backend/frontend implementation you can find all content, packages and tutorials here: 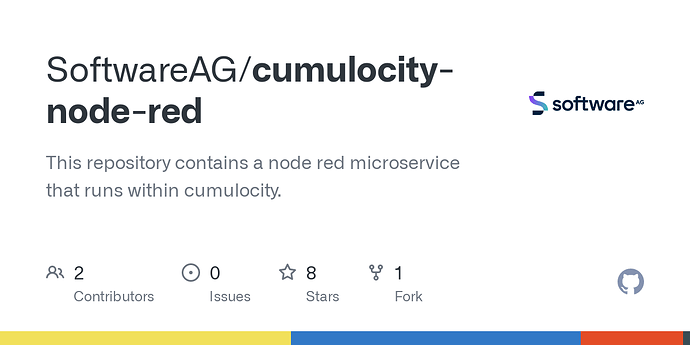 You need to install the plugin for the device management application to your Cumulocity IoT Tenant:

The plugin is provided as binaries in the release section or in the “node-red-devicemanagement-plugin” directory.

To install the plugin go to the Administration App → Ecosystem → Packages and click on “Add Application” on the top right.

NOTE: If you don’t see the Packages Menu you have to add “?beta=true” in your URL.

Select the binaries and wait until it is uploaded.

NOTE: We need to clone the Device Management app to add the plugin to it

After successful upload go to “All Applications” and click on “Add Application”. Select “Duplicate existing application” 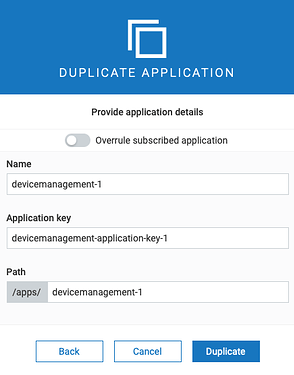 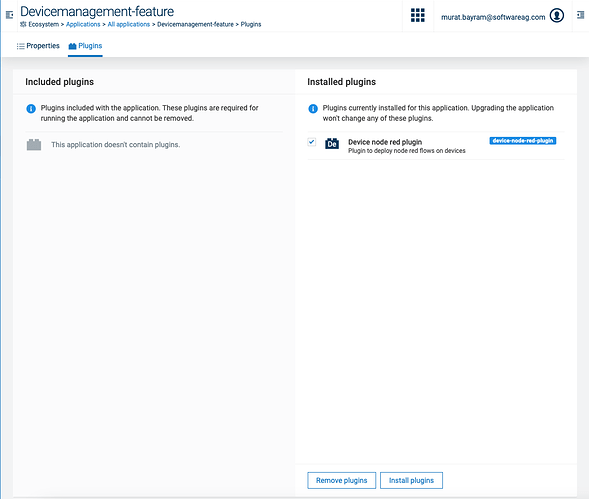 To install thin-edge.io locally on a device just follow the following tutorial:

The basic steps are:

To inject node-red flows via operation from Cumulocity IoT the operation plugin concept is used. The tedge_agent is checking for specific operations and is triggering the particular plugin. Therefore the plugin needs to be proper installed.

If installation is done properly according to the steps above, you have to disconnect and reconnect thin-edge.io. In that way the suppoerted Operations will be updated.

However it would also to be sufficient to restart the tedge_mapper service via e.g.:

You device within Cumulocity should look similar to this afterwards: 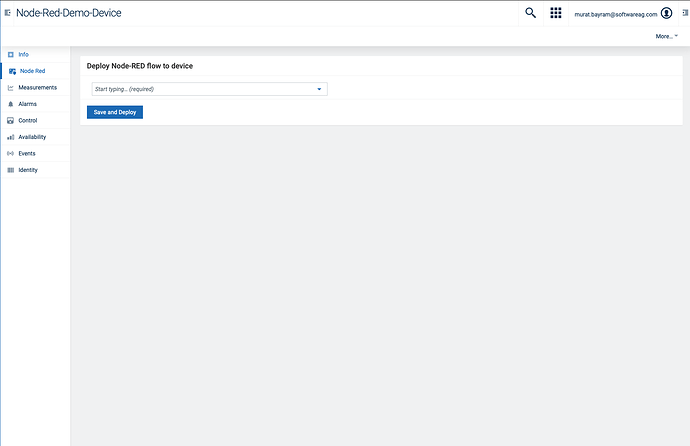 SmartRest is a csv format that converts RestAPI interactions on Cumulocity IoT to a comma separated payload on mqtt. 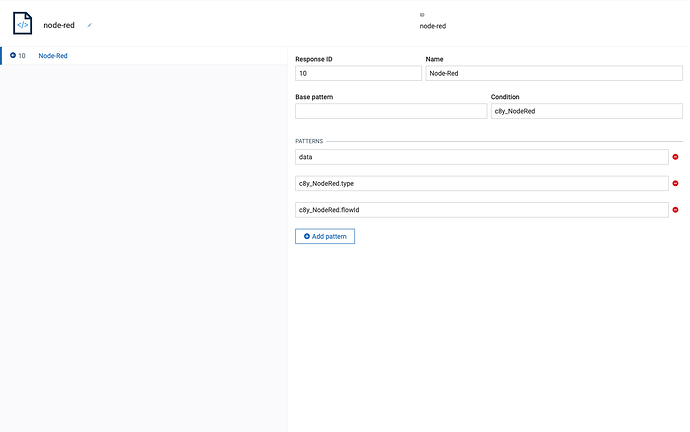 Find more to SmartRest in the documentation.

There is also a SmartRest template (node-red.json) in the repository that can easily be imported.

To use this repo after installation of all components there is the following workflow: 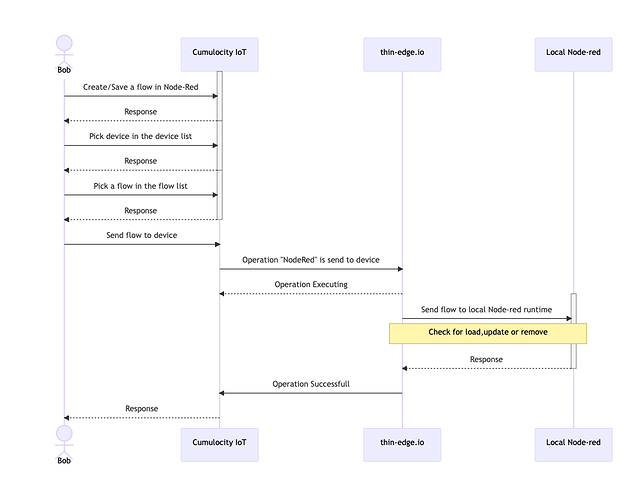 First of all a flow needs to be defined within Cumulocity IoT Node-red. Make sure the flow is deployed to the platform side node-red runtime. 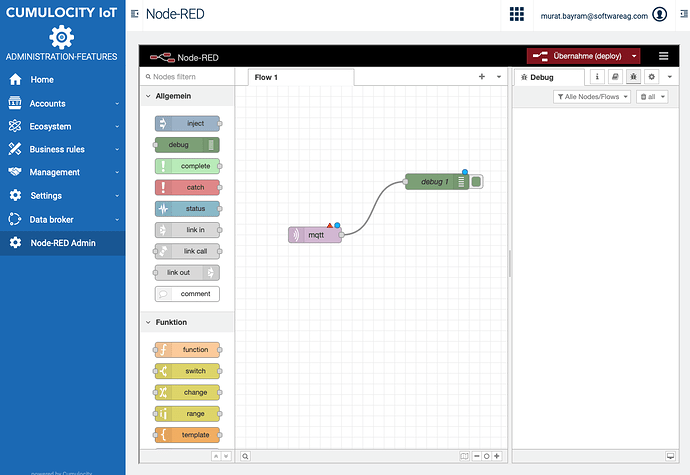 A device that has properly installed the thin-edge.io node-red plugin shows the Node-Red tab.

In that tab you can select a flow that should be send to the device. 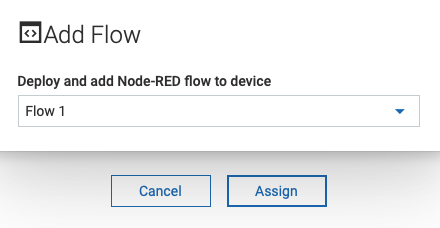 In case that the flow was already send and was just updated/adjusted on platform side it will already appear in the list and can be updated via the context menu.

The operation that is created contains the flow in base64 encoded. The thin-edge.io plugin handles the data according to the operation type such as e.g. remove, create or update. 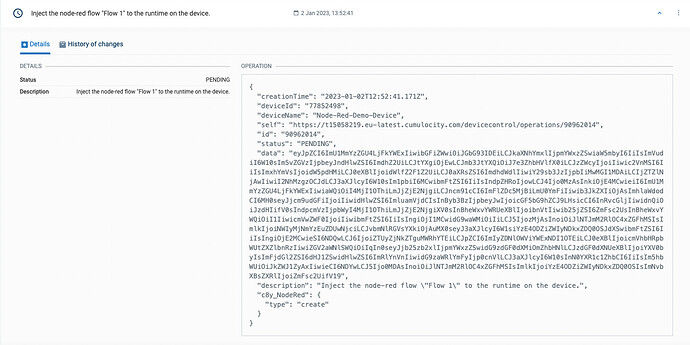 Hopefully this tutorial helped you in understanding how thin-edge.io´s plugin mechanism as well as the new microfrontend concept of Cumulocity IoT can be used to manage node-red flows locally on edge devices. In combination this can be used to widely enable edge computing scenarios for multiple devices and thus efficient usage of the infrastructure.

Currently there is no monitoring of the edge sided events in the Cumulocity IoT platform. In a next steps the repository parts will be extended thus one can monitor what’s happening on the local device side via the debug node within node-red. There is also currently no logic implemented for custom installed nodes. These need to be installed either manually or via configuration management of Cumulocity IoT.